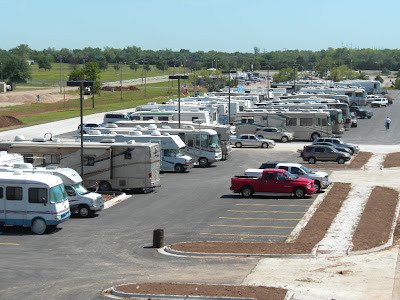 For those unfamiliar with a Good Sam Club Samboree, a "Samboree" is a statewide RV rally that offers plenty of fun and excitement!  From indoor table games like cards and dominoes, to outside games like washer toss, sandbag baseball and horseshoes, everyone will find an enjoyable activity.

Samborees are more than just games.  They're gatherings of hundreds of people with similar interests, particularly the RV (recreational vehicle) lifestyle.  The Oklahoma Samborees have historically occurred twice per year, April (Spring Samboree) and October (Fall Samboree).  Beginning in 2014, Oklahoma, among other states in the region, will only have one Samboree per year.  Oklahoma's will be held in the fall.

Vendors display items for sale that interest beginners as well as seasoned RVers.  Seminars are offered on various topics, including ways to promote your Good Sam chapter, minor RV repairs, and retirement issues.

The Spring 2012 Samboree had a total of 243 RVs in attendance, and was held April 26-29 at The Heart of Oklahoma Exposition Center in Shawnee, Oklahoma.   Although construction was under way to add new and improved RV parking sites, attendees didn't let it interfere with their activities. 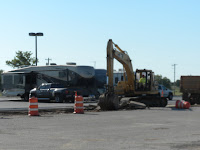 The theme for this Spring's Samboree was "Under the Big Top," which was reminiscent of an old time carnival atmosphere.  In addition to the usual Samboree activities, Oklahoma State Director, Bettye Franz, asked each state chapter to create and operate a carnival game during the event.  The traditional costume parade, which is conducted on the final night of the Samboree, featured clowns and other circus performers that entertained both the youth and young at heart.

A considerable amount of work goes into the development and production of a Samboree, whether it be held in the Spring or Fall.  The collective effort of the Oklahoma State Staff, which consists of approximately thirty people, is what brings the Samboree together for all to enjoy.

It all begins with an organizational meeting of the Staff.  Assignments are given to each staff member that are dillegently executed throughout the event.  Timing is crucial as the Samboree must run on schedule.  Staff members arrive on the Sunday before the Thursday opening of the Samboree, and begin preparation early the following Monday morning.

Generally, an Oklahoma Good Sam chapter is selected to build the stage design to correspond with the Samboree theme.  Chapter members are very creative in their stage designs and their talent clearly shows in the final product.

The best way to experience the fun of an Oklahoma Samboree is to visit one and participate in all of the activities!  In an effort to give you a glimpse of what goes on there, the Oklahoma State Staff has provided the following Pictorial Review for your viewing pleasure . . . .

Pictorial Review of Spring 2012 Samboree
Oklahoma State Staff meet for an organizational meeting and dinner at the Firelake Grand Casino before setting up the Samboree facility.

Early the next morning, staff members begin the tasks of setting up the display tables and sound system.
Red Bird Sams build the stage in preparation for the upcoming awards ceremonies and entertainment.
﻿ Vendors set up their displays and prepare for the crowd!
﻿ ﻿ ﻿

Outdoor Games?  Oklahoma’s Got Them!
Samborees are held nationwide.  Many of the folks seen in the photos come from nearby states, as well as distant states, to enjoy Oklahoma’s events.  And, some participants have been coming for quite some time . . . . .
Carnival Night “Under the Big Top”
Pet Parade
There’s Even a Cakewalk!
Oklahoma Good Sams Give Back
Oklahoma Good Sam chapters are not only about fun and games, they also give back to their community.  Most chapters support a chosen charity throughout the year.  Sim-R-On Sams (Drumright, OK) organized a drive to collect aluminum pull-tabs to be contributed to the Ronald McDonald House in Oklahoma City . . . .
KidZone Furniture, of Oklahoma City, donated a $100 gift card to be raffled at the event.  Robert McKee, of Grand Lake Good Sams, won the raffle, but immediately passed the prize on to the Ronald McDonald House.  Robert’s gesture is typical of the Good Sam spirit.  On behalf of the Oklahoma Good Sams Club, congratulations to both Robert and Sim-R-On Sams! 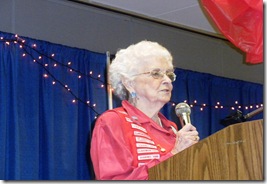 Grace Shiles, of Kickapoo Sams, hand makes “Cool Collars,” which are worn by the troops to keep their body temperatures from rising too high.  Oklahoma Good Sams contributed $657.64 to cover materials and shipping costs to keep Grace’s project moving forward. 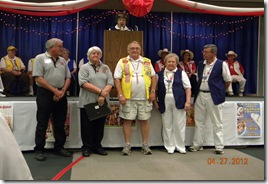 Jim McGavock, of Boomer Sams, was nominated by John and Rose Miller to receive the Good Sams “Spirit Award,” for his role as a “Good Samaritan” by helping others in need. 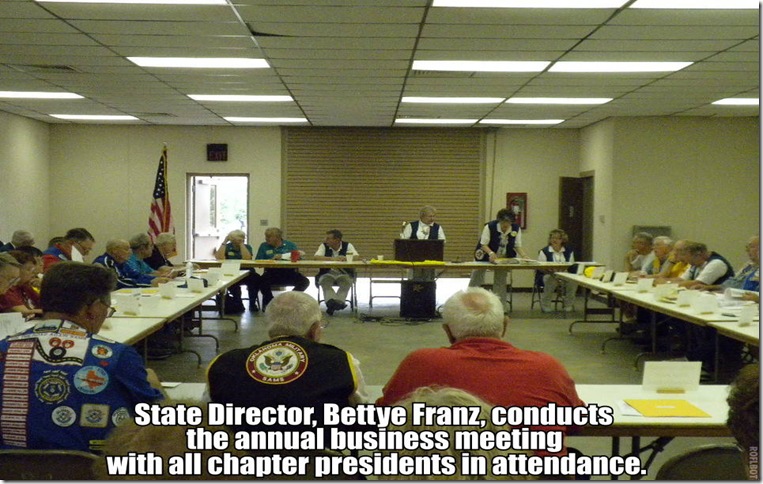 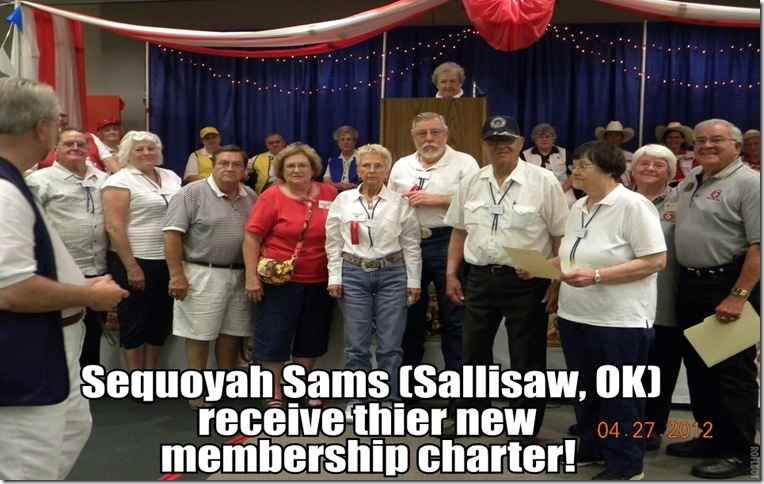 
Costume Parade
The Last Dance
As the Spring Samboree came to a close, the Red Red Wine Band entertained the crowd and provided wonderful music for the dance. 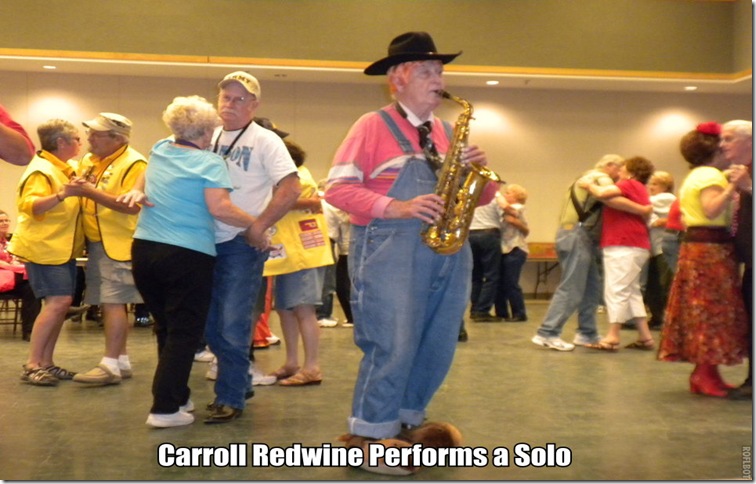 The Oklahoma Good Sam Club hopes you enjoyed viewing our pictorial of the Spring 2012 Samboree.  To join in the fun, visit this site again in the future, or contact State Director, Bettye and Edward Franz, Email: bfranz2920@aol.com, Phone: (918) 970-6205.