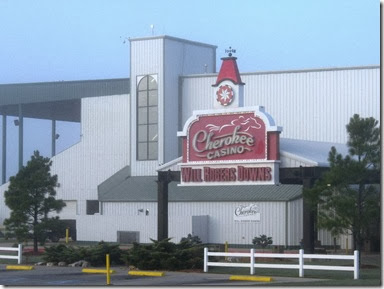 This samboree’s theme was “Once Upon a Time,” and drew a total of 179 rigs from across Oklahoma and neighboring states.  The “Grand Lake Sams” provided the stage design and decorations, which took a look back to RVing of yesteryear . . . .

Ms. Julie Ford, 93 years young, and a member of Cimarron Sams is pictured below (left).  Ms. Margaret Clark, 92 years young, is a regular Samboree participant, and is pictured at right with Oklahoma Staff member, Susan Magill . . . . 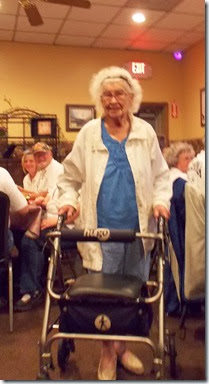 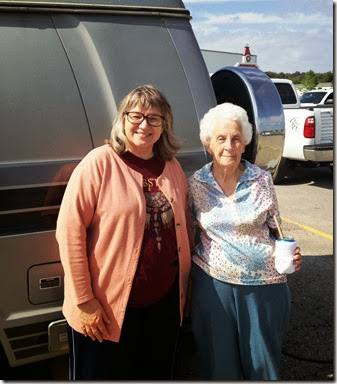 A Special Tribute to our Veterans

The Most Important Part of a Samboree is the People!

The Oklahoma Good Sam Club, its State Director, Bettye & Edward Franz, and all of the Oklahoma State Staff, thank you for visiting our Fall 2013 Samboree!  We’d also like to extend our appreciation to Don Deweese (Western Prairie Sams) and Susan Collier (Modern Wagoneer Sams) for their photo contribution to this site.